Man holds many different types of emotions- love, affection, faith joy, courage. These are optimistic type of emotions and sorrow, pain, hatred, anger, jealousy are some of the pessimistic emotions.
Anger is the most intense and violent type of pessimistic emotion or excitement. It dominates the human mind. Anger is moved by the heart, mind cannot control it. Anger has room in the heart as profound slept seed and it bursts up when circumstances and reasons favors for its irruption.

Anger is Circumstantial: - When does anger irrupt? Why does it erupt? It is undecided and uncertain. But whenever anger is generated circumstances are responsible for it. Most of the time society and family are responsible for it. When a person is rebuked or punished without any reason or on false ground, and it happens repeatedly, that leads to disappointment and pessimism. Such situations are unbearable for the victim. Anger arises inside him, suddenly he becomes violent and on the contrary he opposes the situation violently and vigorously.

Intensity of Anger: - Anger is an intense feeling and it depends upon the intensity of the circumstances. It starts with the use of abusive words, comments, symbolic words and body gesture that hurts the emotions of any person. As per reaction anger suddenly irrupts and makes the person intolerant, peevish and uneasy. He looses self control; he can sustain anger up to some limit. In simple word anger is reaction of such actions.
Once anger starts, after sometime temperament of that person is so high that he becomes so violent and can commit some crime and that is the end of his anger. At this stage mind subsides the anger. When person returns to his normal state, he regrets to his act.
Another type of circumstances that creates anger is business rivalry that is very frequent in present day's world.

Impatient person is very easily being the victim of anger. This type of person has no patience to wait for sometime. He wants action at once as he demands for something. Otherwise he looses his temper and starts taking unrestrainedly and makes the atmosphere full of tension. He reproaches for a short period. Better if nobody notices him, he becomes normal soon.
Anger has neither any shape nor any type. It depends upon human nature. People with different nature hold anger with different intensity and sharpness: -
Anger arises effortlessly on those who retains or adopts pessimistic emotions like jealously hatred etc. For them the world seems to be the great enemy for them. They can be violent and even commit crime for worthless things.


Constructive And Destructive Anger: - the cumulative anger is of destructive type. It seems in racial, social and caste conflict. This type of anger has changes the course of History so a many times.
Anger can be constructive or destructive; it depends upon the emotional setback that originates due to the injustice. On first hand any person tries to ignore the circumstances that develop due to injustice but if it is done repeatedly and he just bears all these up to the limit of patience. And he opposes it and fight for that injustice. This is constructive anger. The example is Mahatma Gandhi, who fought against the racism in the South Africa when he was thrown away from the first class compartment of the train by a White Ticket Collector, at that time the Blacks were not allowed to travel in the first class of the train in the South Africa.

Anger As a power:-
Means to Control The Anger:-
Everybody knows anger irrupts like a volcano and is uncontrollable but there are ways to control anger.

The best way is to control anger is live a disciplined life and develop the habit of self control. It would be fine enough if you don't welcome anger as your difficulty. Make anger your friend not your enemy.
Veena Sethi.
Posted by Veena at 2:41 AM 1 comments 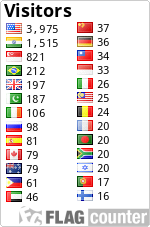